On 29-30 November 2023, almost 1000 participants witnessed the greatest Untold Stories Conference edition till now. We find it hard to believe that only in 2019, for our first edition, we welcomed about 200 participants. Then the pandemic came making our event, like any other whose key selling point was “connect with your peers,” hard to promote.

But we bounced back.

This year, +100 speakers, +50 investors, and +200 startups benefitted from a crowd thirsty for the latest trends and eager to network. Forty-five sessions, dozens of office hours, and nearly 10 workshops and side events later, more than one attendee described Untold Stories Conference as ''a truly international event in the heart of Budapest''.

We know. Starting your own business in Silicon Valley is more straightforward than in CEE. Why? “While in CEE startups have access to governmental funds, in Silicon Valley, people have more confidence to get started - they can rely on friends, family, and investors more easily,” Jared Schrieber, Founder & Angel.

And funds are not the only problem. Legal processes in CEE make everything slower, and they are simply outdated. But this is it. These challenges and obstacles make CEE-born startups more resilient than Silicon Valley ones since they overcome something SV startups don’t need to stumble upon. VCs and investors know this. They know that “resilience is the factor that separates founders that can succeed from those who do not,” and this is one of the reasons why CEE is a booming ecosystem and is getting more and more interest from Western European and US VCs. 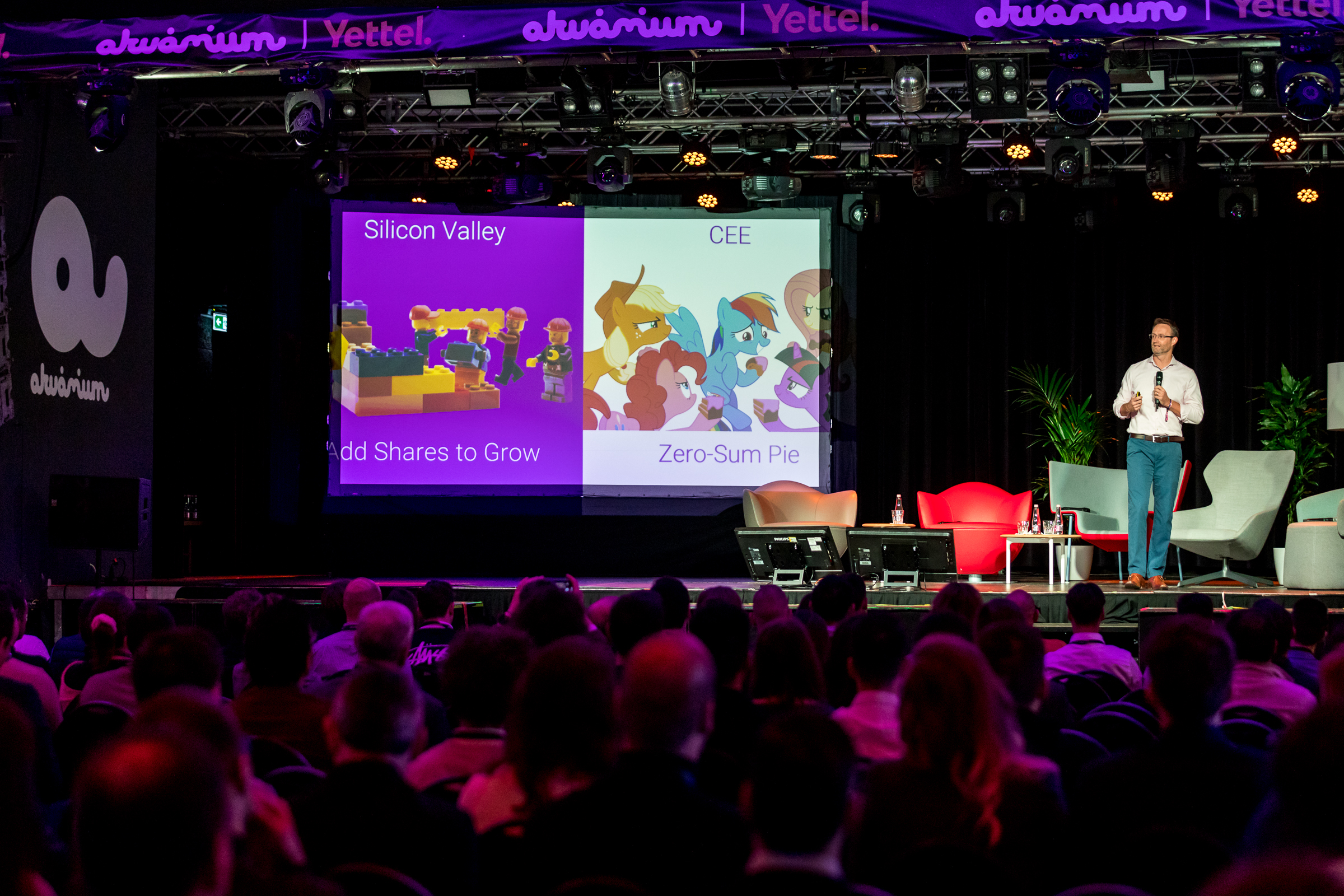 No matter how often the need to be ambitious has been repeated in the startup world, it’s a critical concept that can mark the difference between failing and succeeding. “The ability to think global from day one will exponentially increase your chances of success,” says Lars Jörnow, EQT Ventures. And Ondrej Bartos added, “To be a great founder, you need great ambition.”

“By definition, a startup is an extremely ambitious company that focuses on tech and business innovation and grows fast'’, stated István Csanady, Shapr3D, but ''in Hungary, founders don’t have this type of mindset; they often focus on the “shiny” parts but not on the actual substance.''

“A lot of startups still believe they can start locally and try to scale up in the region,” said Csaba Kákosy, Day One Capital, who also added, “in small countries, if you want to build a successful company, you have to go global and accelerate from day 1.” Bogdan Iordache red flags those products made to answer the local market needs but actually should be sold globally. One example? “If your product is good for Romania, it won’t be good for the US due to the digital age gap; but you can expand in the region.”

Nonetheless, whichever your approach may be, “you need to collect data about your target market and interact with target customers from the beginning if you want to go global.”

Michal Koor, Vectory, supports this opinion and says, “The local market is slow and lagging behind compared to the global market; if you have big ambitions and want to build something impactful and meaningful, you have to change the game and go international – and you can do it even from the CEE region!.'' But as Kate McGinn, SeedCamp, concluded, “CEE is in a beneficial position because you are forced to think internationally: the market is not big enough, and you are forced to think outside of those bounds from the beginning.'' 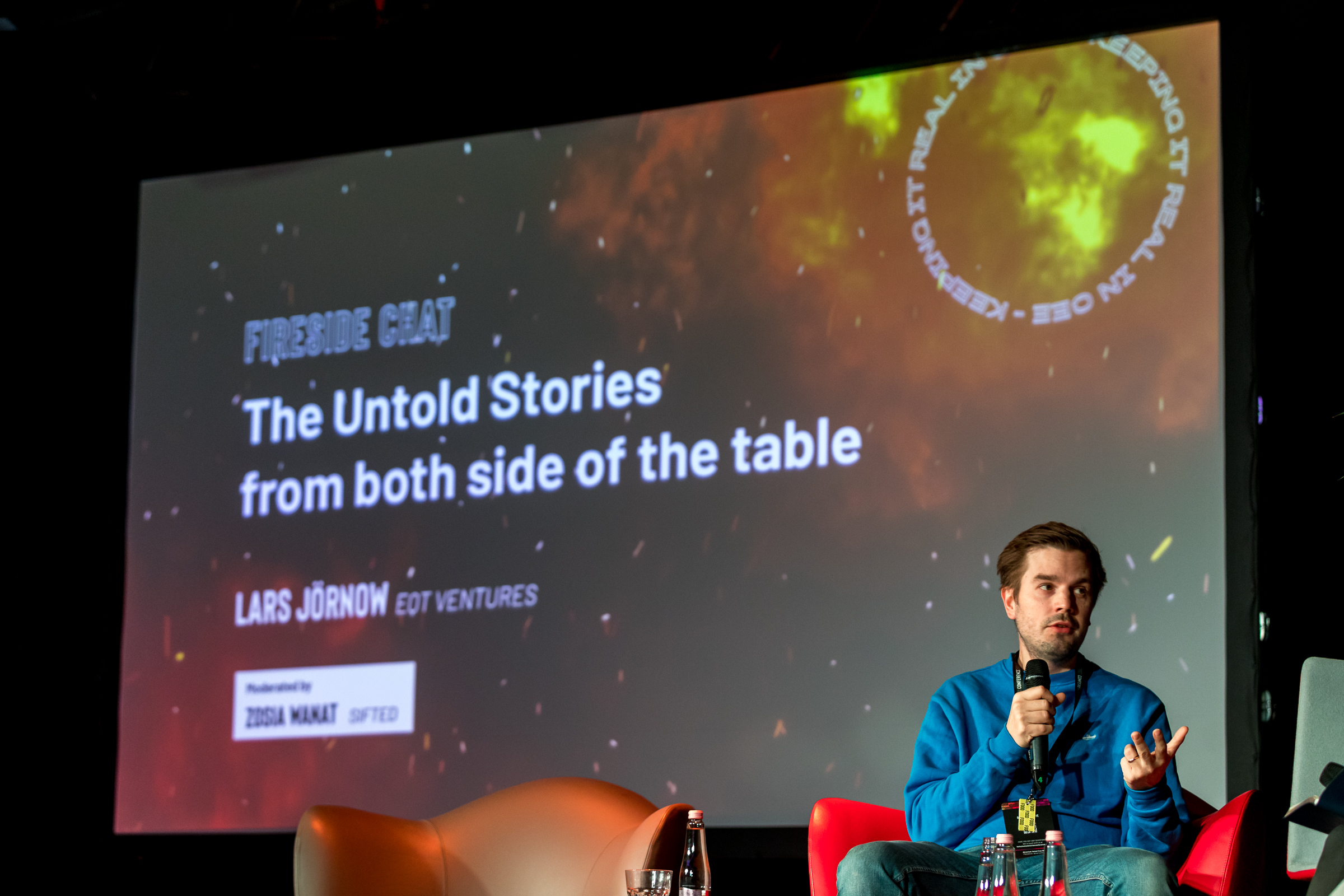 We don’t seem to say it enough because we like to celebrate success and talk about stories with happy endings. But the three words that dot any startup journey are blood, sweat, and tears. Some people blame the media; others blame the aura of coolness that comes with saying, “I work at a startup.” Our imagination drifts off to colourful open spaces, foosball tables, and complimentary coffees, but we don’t seem to link it with the hard work and suffering there is behind. ''They [many entrepreneurs] often focus on the “shiny” parts but not on the actual substance,'' said István Csanady.

More seasoned founders Zoltán Györkő, Startup Hungary, and Balázs Vinnai, IVSZ, remarked that today, despite having more access to knowledge and the possibility to attend events like Untold Stories Conference, entrepreneurs do not seem to be fully prepared. And what’s worse, they seem to lack focus on a greater goal. 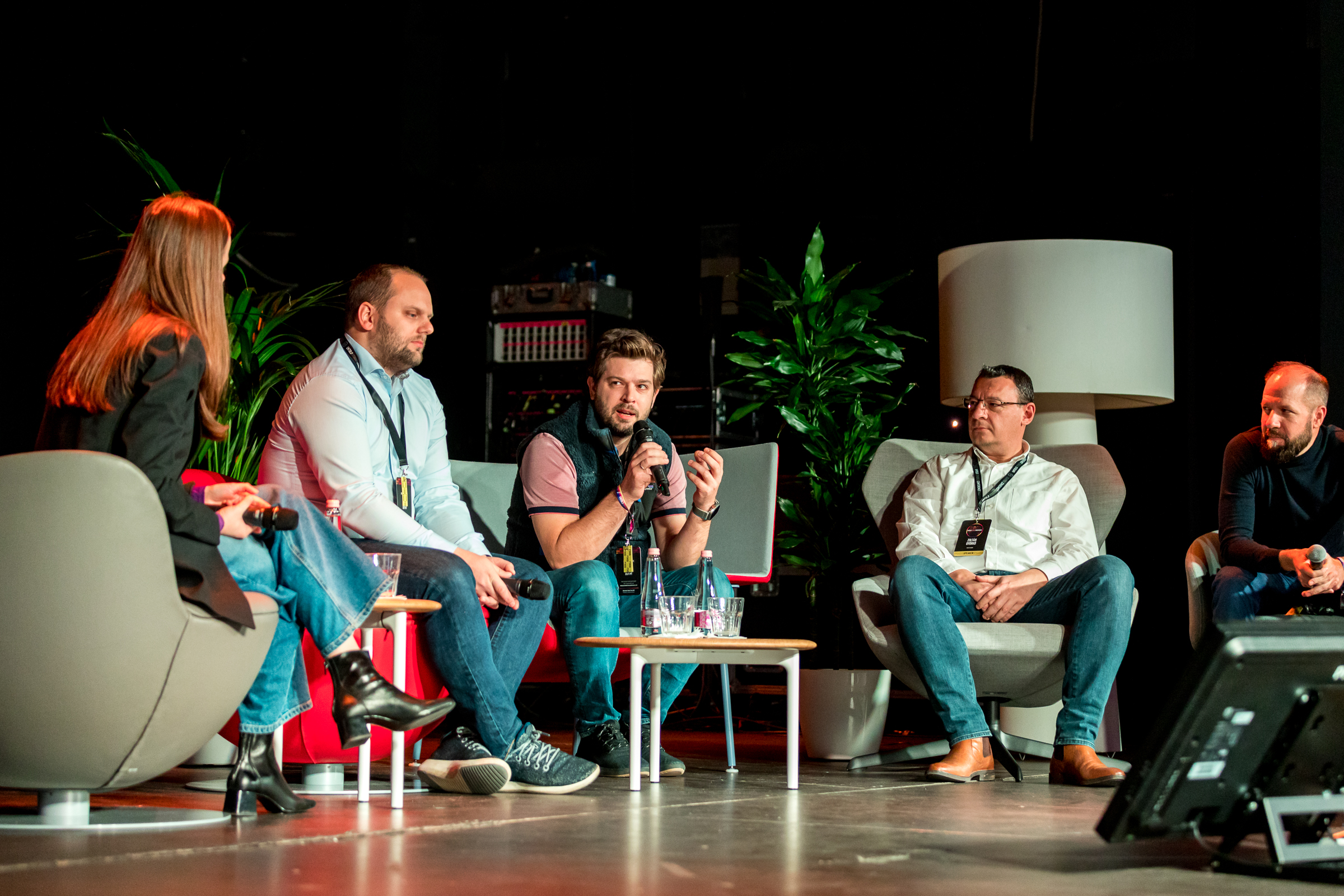 The right team can make your business achieve wonders. We had Jiří Nečas, Productboard, who gave a whole masterclass on hiring the right people for our company. We know it’s hard, and yet, we still underestimate it. As Jiří said, “hiring is the hardest thing you’ll do as a founder.” We should not rush into hasty decisions, always have a plan and carefully analyse which role we need. You’d be surprised to know that companies often hire the wrong profile. Another key takeaway is if you haven’t done so, build your employer brand: it will help you attract the right people.

On this note, in case you were wondering about CEE’s geographically limited but top-notch talent pool and the ability to attract external talent, more than one founder highlighted how “people are interested in ideas and opportunities” and that “companies have no nationalities” thus making it easier to attract foreign workers. This way of thinking also applies to investors and VCs, who are showing “a big interest in the CEE and Baltic regions thanks to the regions’ great technical talent and work ethic,” said Marvin Liao.

It was touching to hear how many of the speakers on stage, no matter the topic, put a strong emphasis on their teams and their talent. For example, Xenia Muntean, Planable, insisted, “the team is much more important than the idea itself.” And when the company grows, your care for the team should grow just as much. This happened to SEON’s CEO, Tamas Kadar. When SEON tripled in size and opened new offices, Tamas was there for his team and showed constant support. One advice? ‘'Be flexible’' - that’s one thing that never fails if you want to attract, hire and keep talent, no matter how small or big your team may be.

On this note, Laszlo Kishonti, Ai Motive, warned CEOs of hiring the wrong fit for the role. Their experience and knowledge may fit the company’s needs like a glove, but if the attitude is not right, they can ruin the entire team. Linked to hiring and talent, it’s the overall process of empowering your team: work on making internal processes more effective and reliable. “Scale, don’t just grow,” says Petra Kaiser. 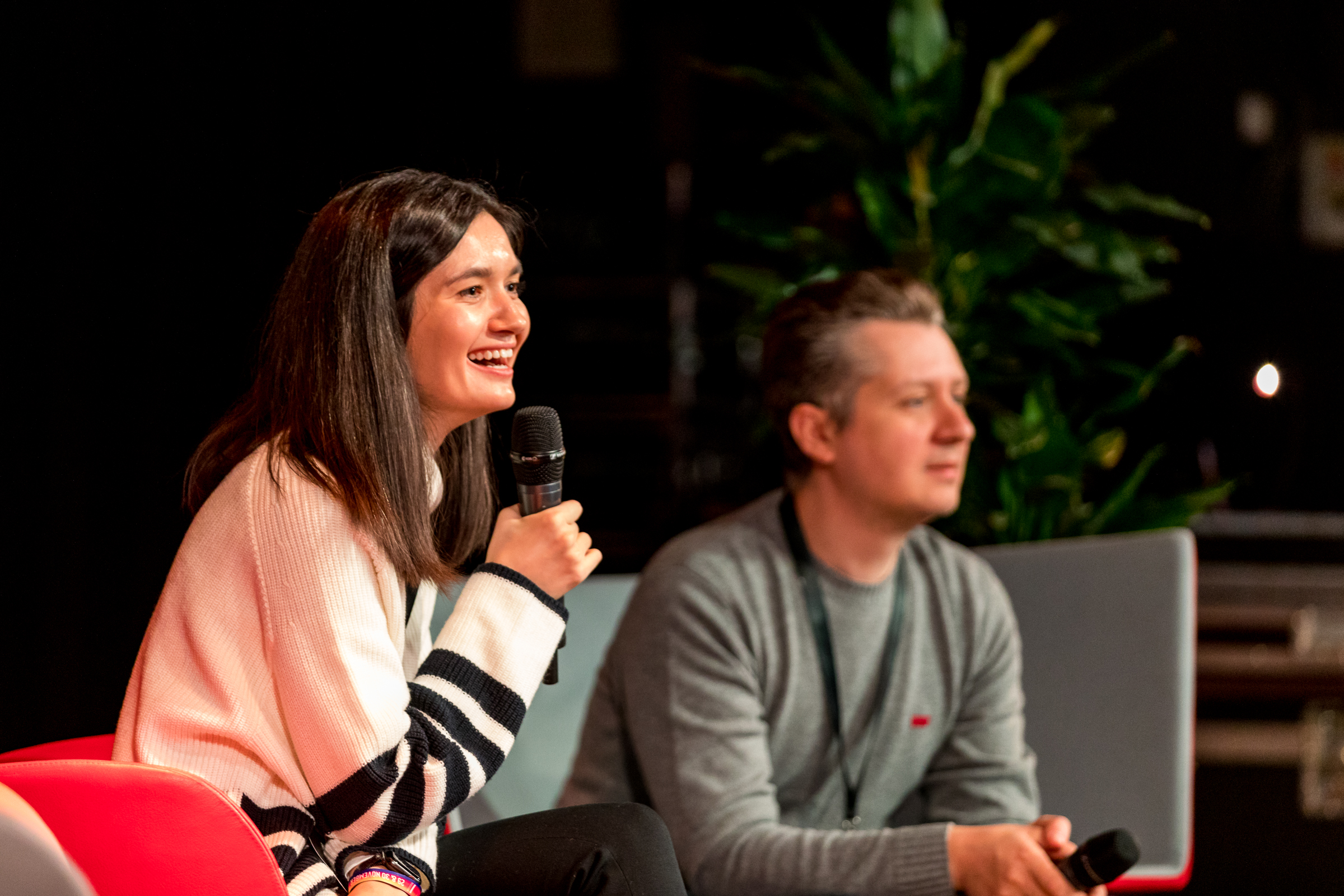 These two days of Untold Stories Conference left us with a global picture of what’s happening in CEE and what we are in the eyes of the US investors and venture capitalists.

The team, the ambition, and the global mindset have been some of the most discussed topics. But let’s not underestimate how hard the life of a founder is and how in CEE, while we’re improving, we’re still building an ecosystem that can better support those adventurous souls.

We will see real change in the ecosystem when, upon asking university students what career they would like to pursue, some will answer: entrepreneur. 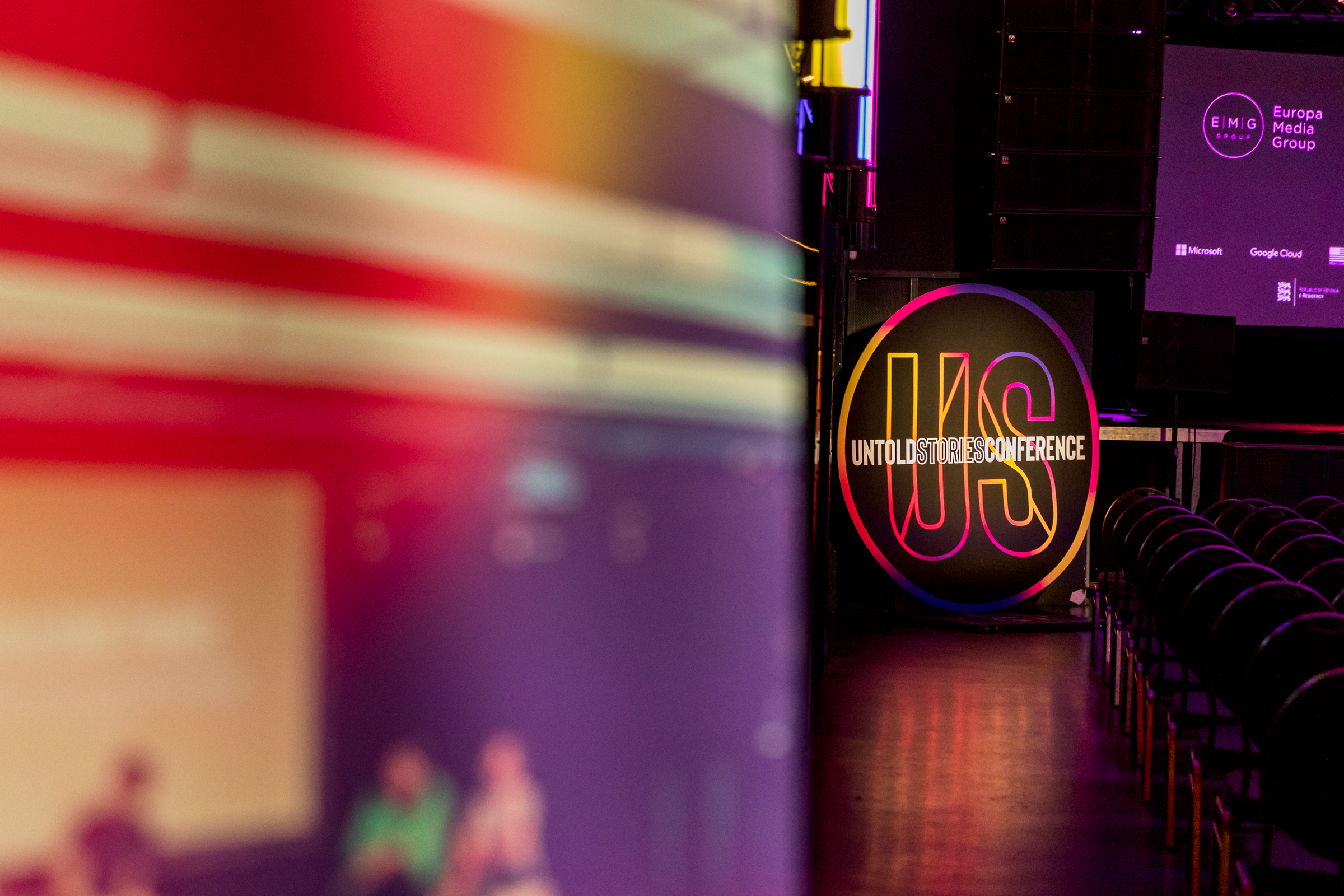 Ambitious and globally successful founders, investors and operators gathered in the heart of Budapest, and we loved every moment of it!
The best way to reminisce and celebrate?
Check out our new video and the moments we lived together in a wrap! 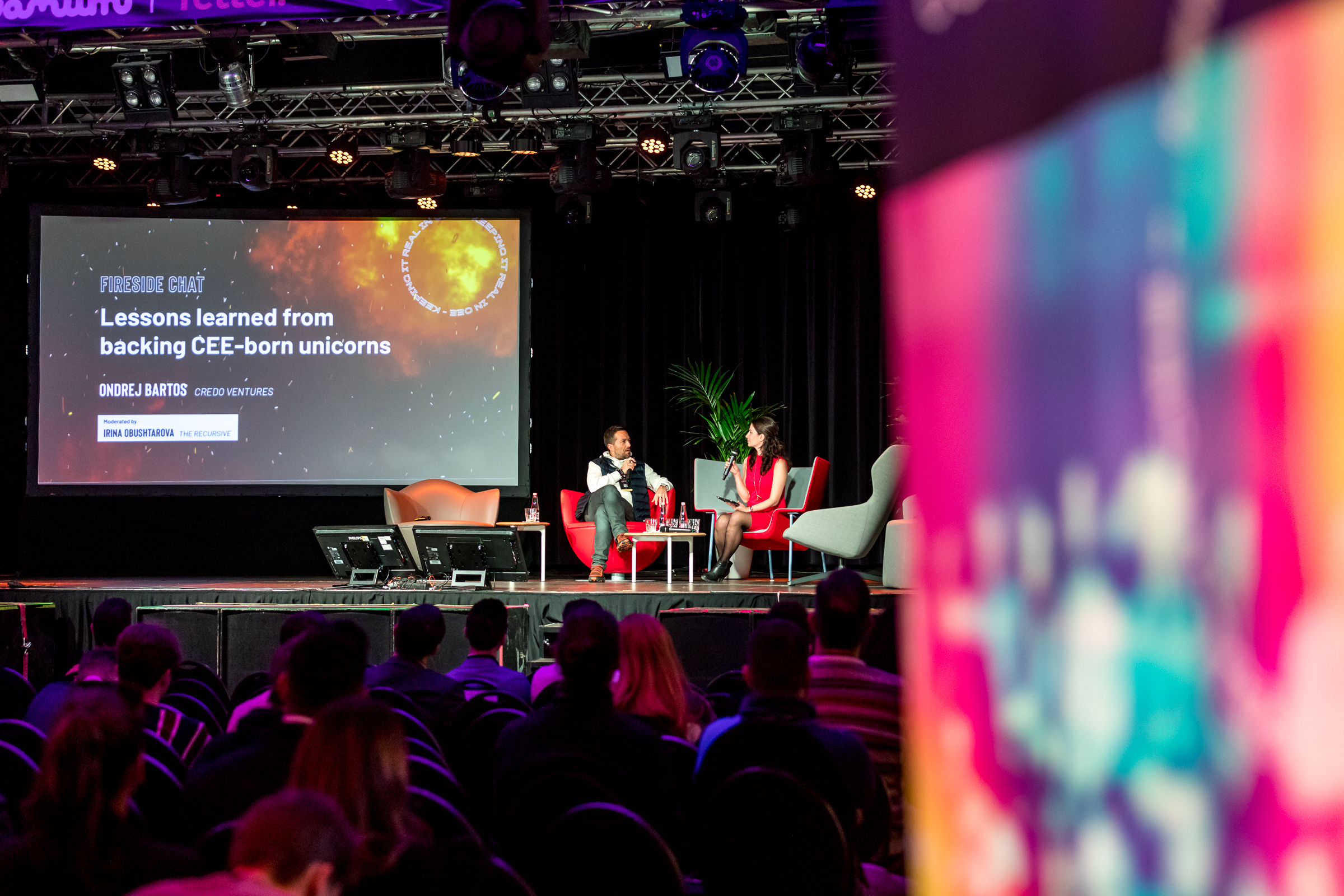 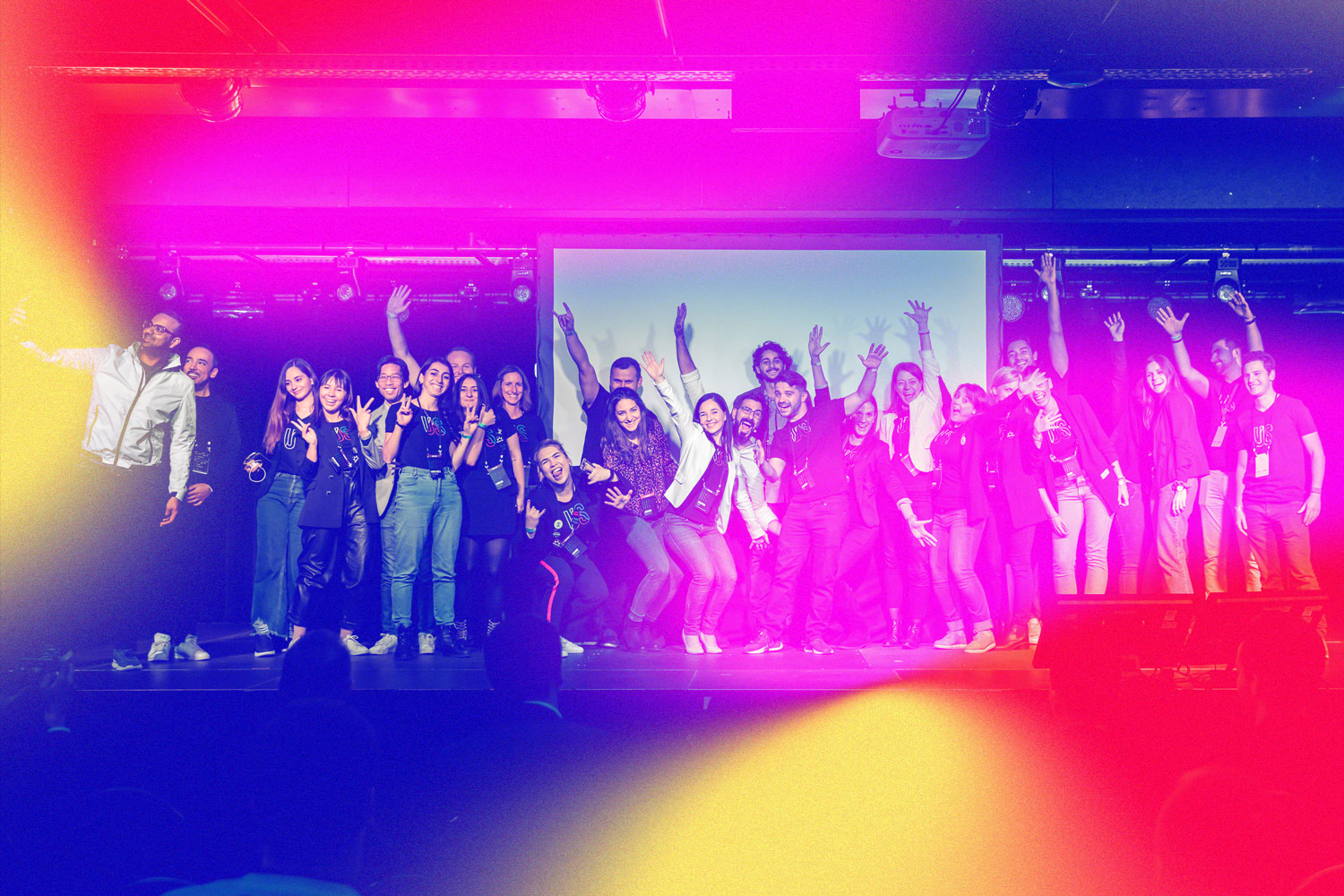 Grab your Super Early Bird Tickets while you can!
18 Aug 2022

After two years of meeting digitally, we’re more excited than ever to host Untold Stories Conference again! Our mission, as always, is bringing together ambitious, CEE-based startups with globally successful founders, investors and operators, right here, in downtown Budapest.